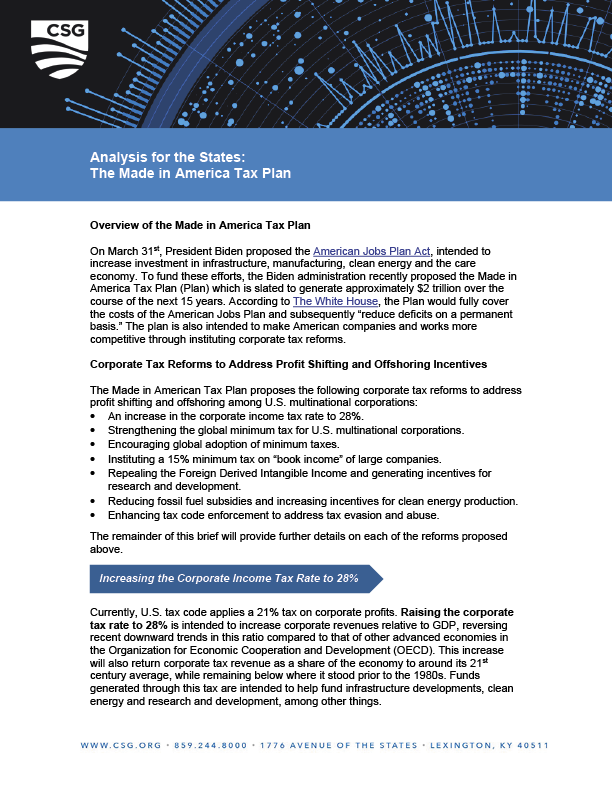 On March 31st, President Biden proposed the American Jobs Plan Act, intended to increase investment in infrastructure, manufacturing, clean energy and the care economy. To fund these efforts, the Biden administration recently proposed the Made in America Tax Plan (Plan) which is slated to generate approximately $2 trillion over the course of the next 15 years. According to The White House, the Plan would fully cover the costs of the American Jobs Plan and subsequently “reduce deficits on a permanent basis.” The plan is also intended to make American companies and works more competitive through instituting corporate tax reforms.