The CSG Capitol Ideas Presents series brings to life one article per issue of Capitol Ideas magazine allowing state elected and appointed officials to continue the conversation in real time during a virtual session. Registration is free.

View the Recorded Session
The Council of State Governments hosted a conversation about how states are allocating dollars from the ARPA Recovery Fund and preparing to use funds provided by the Infrastructure Investment and Jobs Act. This session explored principles for making strategic budget decisions, offered an overview of how ARPA Recovery Fund dollars are being used across the nation, previewed the Infrastructure Investment and Jobs Act and considered how to better prepare for the future.
Speakers include:
Angela Oh
Senior Manager, Fiscal and Economic Policy
The Pew Charitable Trusts 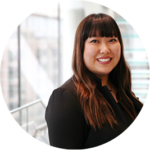 A senior manager with Pew’s state fiscal health project, Oh works with policymakers to identify ways to assess and manage budgetary policies and practices and develop national standards and best practices that states can adopt. Oh also provides technical assistance to policymakers working in areas such as long-term budgeting and budget stress testing. Before joining Pew, Oh was a senior managing economist with the Kem C. Gardner Policy Institute at the University of Utah. Previously, she served as the budget manager for the Utah Department of Transportation and as a senior statistician for the Utah State Legislature. Oh holds a bachelor’s degree in economics with a minor in international studies and a master’s degree in economics from the University of Utah. 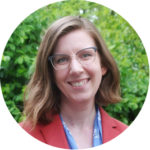 Needler manages member research requests, evidence-based policymaking initiatives, fiscal policy research, health policy projects and the CSG Book of the States. She previously worked on Medicaid policy with the South Carolina Department of Health and Human Services (SCDHHS). In addition to her state policy work, Sarah has provided technical assistance in advancing evidence-based policies and programs in Albania, Ghana and Syria and was a United State Peace Corps Volunteer in the Dominican Republic. Needler earned an M.A. in Economics from the University of British Columbia and an M.P.A in International Development from the Harvard Kennedy School of Government.

Capitol Ideas Presents: A Discussion on the 2020 Census

The Council of State Governments hosted a panel of experts for a discussion about what the 2020 U.S. Census data means for redistricting, how states will redistrict, what potential issues states will face with this very politicized issue and which states have come up with innovative solutions. 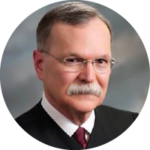 Appointed to the Kansas Supreme Court in 2002, Nuss served as chief justice from 2010 to 2019. He is a graduate of the University of Kansas Law School and served in the U.S. Marine Corps. Nuss was a CSG Henry Toll Fellow, Class of 2011.

Doug Spencer
Professor of Law at University of Colorado, Boulder 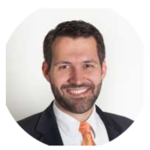 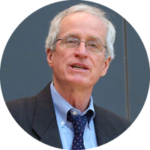 A lecturer in law at Harvard Law School, Tierney has taught courses on the role of state attorneys general. Previously, he taught at Columbia Law School where he was the director of the National State Attorney General Program. Tierney served as attorney general of Maine from 1980 until 1990, during which time he was active in the National Association of Attorneys General. He is currently the director of StateAg.org, an educational resource on the office of state attorneys general and co-wrote, “The Role of State Attorneys General in Federal and State Redistricting in 2020.” 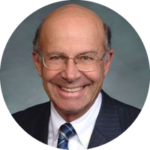 Buescher was elected to the Colorado General Assembly in 2004 and served two terms. He served as chair of the Joint Budget Committee and the House Appropriations Committee during that time. He also helped draft amendments to Colorado’s redistricting commission. He was  appointed by Gov. Bill Ritter to serve as Colorado Secretary of State in 2009. Prior to joining his current law firm, Ireland Stapleton, Buescher served as deputy attorney general for Colorado in charge of the State Services Section. 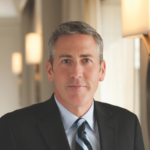 A former Kansas state legislator, Adkins serves as the ninth executive director/CEO of The Council of State Governments. He is a graduate of the University of Kansas School of Law and served in the Kansas House from 1993 to 2001 before serving in the Kansas state Senate from 2001 to 2005. He formerly chaired the Midwestern Legislative Conference and was a Henry Toll Fellow, Class of 1993.

View the Recorded Session The American Rescue Plan Act of 2021, a $1.9 trillion economic relief package, was signed by President Joe Biden March 11. Join The Council of State Governments for a conversation about the funding available to states through the Coronavirus State Fiscal Recovery Fund and opportunities to leverage these funds for immediate state economic and fiscal recovery needs and long-term investments in state infrastructure and services. This session will provide an opportunity for state leaders to discuss and learn from each other about the processes they are using to make allocation decisions and how they are utilizing these funds for state recovery.
Christina Gordley
Senior Policy Analyst
The Council of State Governments (CSG) 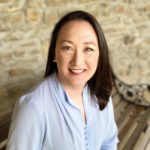 Christina is a Senior Policy Analyst at The Council of State Governments (CSG) Center of Innovation. In this role, she collects, monitors and analyzes data on state legislative, executive, and judicial actions relevant to CSG member interests; conducts outreach to state officials, national organizations, researchers, and national policy experts; develops and writes reports on issues and opportunities related to employment and workforce policy; and assists in the planning, organizing, and convening of meetings.

Christina comes to CSG from the Commonwealth of Kentucky Office of the State Budget Director where she worked as a Policy and Budget Analyst for over fifteen years. Her previous role included serving as a liaison within Executive Branch agencies on budgetary, personnel, and legislative matters, fiscal and policy analysis; and providing oversight in agency budget requests, development of Executive Budget recommendations and implementation of enacted budgets and legislation. In addition to the CSG Workforce portfolio, Christina serves as a resource on budgetary and fiscal work for ongoing analysis of fiscal matters relevant to the states and CSG members. 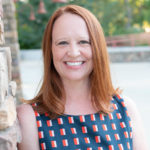 Prior to coming to NASBO, Kerns spent a decade in the Idaho Division of Financial Management. In her position as Budget Bureau Chief, she led staff in developing, presenting, and advocating for the Governor’s Executive Budget. As a past member of NASBO, Kerns served for two years on the association’s Executive Committee. Most recently, she served as Deputy Director of the Idaho Department of Labor.

View the Recorded Session The rapid spread of COVID-19 in 2020 brought with it unprecedented issues, and states had to take extraordinary steps to mitigate the spread of the virus while protecting communities, economies and public and private industries. It would be hard to identify an aspect of life inside or outside of state capitols that was left untouched. Health care, elections, education, employment security, corrections, taxation, drug development and discovery, long-term care, childcare, transportation and emergency response were just a few of the issue areas upended by the pandemic. As our states came to life to respond to the coronavirus, emergency managers and state health officials were some of the leading responders in managing this crisis. In the second edition of CSG Capitol Ideas Presents, join the National Emergency Management Association (NEMA) and the Association of State and Territorial Health Officials (ASTHO) in conversation with emergency managers and state health officials as they discuss state response to COVID-19, lessons learned and how their industries are more important than ever.Trina Sheets
Executive Director, National Emergency Management Association (NEMA) 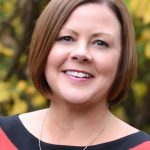 Sheets will be joined on the panel by: 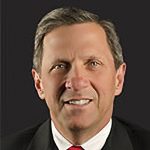 Blumenstock will be joined on the panel by:

View the Recorded Session In Federalist Paper No. 45, James Madison argues that the state and federal governments exist in a symbiotic relationship — both are necessary to promote the happiness and well-being of citizens. But just as the world has greatly changed since the age of Madison, the relationship between state and federal governments continues to change, evolve and transform. Join The Council of State Governments national leadership in a conversation about the state of the federal/state relationship and the important role of state government in the current era of federalism. CSG Executive Director/CEO David Adkins will moderate a discussion between CSG National Chair Wisconsin Sen. Joan Ballweg, CSG National Chair-Elect Washington Sen. Sam Hunt and CSG National Immediate Past Chair New Hampshire Sen. Lou D’Allesandro and CSG National Vice Chair North Carolina Rep. Julia Howard. 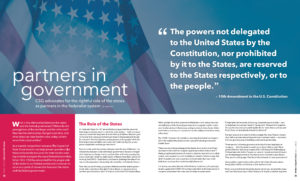 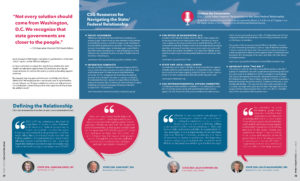 Read the article – then join us for the conversation!