What the Election Means for the States

Join us for a 2020 election recap with national political experts. Our conversation will feature both Republican and Democratic strategists who will offer insights on federal and state election results and discuss potential impacts that the November Election will have on the states. The session will also explore ballot initiative and referendum outcomes around the country. 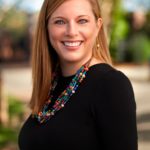 Amanda Loveday, Chief of Staff for Unite the Country PAC

Amanda Loveday’s passion for meeting new people and building relationships is what has made her a powerhouse in politics and communications. A decade of experience in broadcast journalism and politics taught her the importance of getting to know the community and how to interact with people, especially those with different personalities and backgrounds.

Amanda graduated from the University of South Carolina with a degree in Broadcast Journalism and started her television career at Dateline NBC as an Assistant Producer in New York City. She moved back home to work with SCETV, the statewide PBS affiliate, on their successful Ready to Vote campaign, where she interviewed all 20 candidates for President during the 2008 election cycle, and the weekly news magazine program, The Big Picture.

During her television tenure, Loveday covered the 2008 Presidential Republican and Democratic Primaries, the 2008 Democratic National Convention and even served as the emcee for then-Senator Barack Obama’s rally with Oprah Winfrey at Williams Brice Stadium.
After spending time covering politics as a journalist, Amanda found her calling in politics and became more involved on a partisan level. She effectively managed campaigns from the statehouse level to the statewide level and served as the Executive Director of the South Carolina Democratic Party and Communications Director to Majority Whip James E. Clyburn. She currently serves as COO of NP Strategy, a strategic communications consulting firm.

Amanda has been honored with South Carolina’s, “20 Under 40” award and has been named a “Top Political Influencer” by Campaigns and Elections Magazine. She also sits on numerous local boards including being appointed by Governor Henry McMaster to the South Carolina Election Commission, where she served until late 2019. During the 2020 election cycle, Amanda served as a Chief of Staff to Unite the Country, the pro-Biden SuperPac.